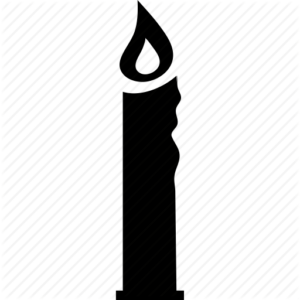 The Route 91 Harvest Festival ended in tragedy as shots were fired for nine to 11 minutes leaving 59 dead and over 500 injured. This marked the deadliest mass shooting in modern American history, following the June 2016 shooting at Pulse Nightclub in Orlando that resulted in 49 causalities and more than 58 wounded.

The open-air festival, nicknamed “the neon sleepover,” is a three-day festival that welcomes some of the biggest names in country music. The festival has been held in Las Vegas for the past four years.

Performers at this years festival included, headliners Jason Aldean, Jake Owen, Brad Paisley, Kenny Chesney, Sam Hunt, and Ashley McBryde among others. Over 22,000 people were gathered to hear performers when the shooting began on Sunday, October 1, the third and final day of the festival.

The shooter, identified as Stephen Craig Paddock of Mesquite, Nevada, fired shots from a window on the 32 floor of the Mandalay Bay resort that overlooked the concert. The motives of the 64-year-old retired accountant are unknown at the time, but the city’s police chief said that the attack was definitely premeditated. FBI Deputy Director Andrew McCabe stated that in cases of mass shootings such as this there is usually a clear motive.

When police reached his room, they discovered that Paddock had taken his life. After searching his hotel and two Nevada homes in Verdi and Mesquite, a total of 47 guns were found. Thousands of rounds of ammunition were also found by authorities as well as an ingredient used in explosives. Bump-fire stocks, devices that allow bullets to be fired rapidly, were found outfitted to 12 of his firearms.

Paddock had cameras set up inside and outside of his hotel suite. While it is not confirmed, authorities suspect that the cameras were used to watch for people approaching the room. When security guards approached Paddock’s suite he turned his gunfire away from the festival and towards his door, wounding one of the security guards.

Marilou Danley, girlfriend of Paddock, was brought in for questioning on Wednesday, October 4. Danley was out of the country at the time of the attack, but returned to the U.S. from the Philippines on Tuesday. Danley’s sisters stated that Danley did not know about the shooting. One of her sisters expressed her hope that Danley could provide information to help understand the attack.

With so many unanswered questions, authorities are still investigating the attack. The FBI says there is no connection between Paddock and any international terrorist group.

In a post on Instagram, Aldean wrote, “Over the last 24 hours I have gone through lots of emotions. Scared, Anger, Heartache, Compassion and many others. I truly don’t understand why a person would want to take the life of another…At the end of the day we aren’t Democrats or Republicans, Whites of Blacks, Men or Women. We are all humans and we are all Americans and its time to start acting like it and stand together as ONE!”

Many have echoed Aldean’s plea for unity in this time of mourning. President Trump tweeted, “My warmest condolences and sympathies to victims and families of the terrible Las Vegas shooting. God bless you!” He later addressed the work of the police stating, “It is a ‘miracle’ how fast the Las Vegas Metropolitan Police were able to find the demented shooter and stop him from even more killing!”