Analyzing the State of the US Healthcare System 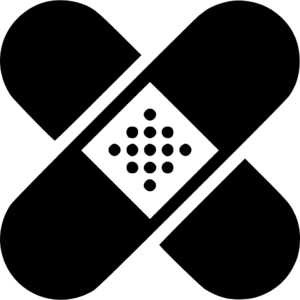 Not too long ago America was buzzing as people across the country showed support for their favorite presidential candiate. In 2017, almost a full year removed from the polarizing election, many of the hot-topic issues are still up for debate.

One of those issues is healthcare.President Trump made promises along the campaign trail about what the “Repeal and Replace” process would look like for the Affordable Care Act. Yet once Trump took office in January, the numerous attempts he and the Republican members of Congress made in those first months to propose a new alternative to the ACA all but fell apart. The current state of healthcare and the ACA seems to be growing more obscure by the day.

Dr. Robert Hackey, who is the director of the health policy and management department at Providence College, was recently available to clarify the current state of affairs. While the issue of healthcare has not gotten the same share of media attention as it did when “Repeal and Replace” seemed like an immediate possibility, Hackey noted that there have been several recent developments over the last week regarding healthcare that could affect the entire nation.

One new development is that the Trump administration is beginning to give Americans the option to buy cheaper healthcare plans with less coverage. According to Hackey, “What the Trump policy does is allow plans to market particularly to younger, healthier folks.”

On the surface, this may seem like a logical healthcare option for younger Americans, ones who typically are not at risk of needing extensive medical treatment and therefore can afford to have a less comprehensive healthcare plan. However, this policy has led to concern among many in the Democrats and others who are supportive of the ACA.

The reason for the concern is that younger people opting into these cheaper plans will cause premiums to increase significantly for those who need more coverage and are more likely to get sick.

“Health insurance is all about risk and risk pooling,” said Hackey. “When people buy health insurance they pool their money so that the people who get sick are subsidized by the healthier folks.” Hackey believes that this new policy enacted by Trump could significantly shrink that pool of money in the ACA causing it to ultimately fail.

Hackey stated that the Trump administration decided that it will no longer pay the subsidies on co-payments for low-income citizens. According to Hackey, “Even those with insurance now may think twice before filling prescriptions, or they may rethink going to the doctors.”

The ACA made it so that many low-income families could do these things and have their co-pay taken care of, but the Trump administration seems to be effectively ending that within the confines of the act.

Trump appears to be using executive actions to undermine the ACA now that completely repealing the bill seems to be more of a distant reality. A consequence of these executive actions is that several insurance providers are now pulling out of the marketplaces the ACA created. Many of these insurers have been losing money by being in this marketplace, and Hackey believes that these new policies will cause even more providers to pull out of the market. “All the things we saw this past week are going to continue that.”

It seems as if the fate of healthcare is in the hands of Trump now more than ever with legislative concordance on the issue only becoming more difficult to attain by the day.