Portlandia, A Good Night of Comedy 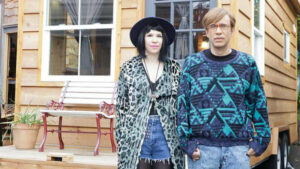 Portlandia fans everywhere are bracing themselves for heartbreak with the premiere of the final season of IFC’s popular sketch comedy show. The show, which premiered its first season in 2011, will feature one final installment with 10 episodes.

Creators, Saturday Night Live star Fred Armisen, writer Jonathan Krisel, and Sleater-Kinney band member Carrie Brownstein, work behind the scenes as well as play a variety of characters. All three are listed as writer, director, and executive producer. Portlandia is a fitting name, given that the show takes place in Portland, Oregon and features the diversity of people that reside there.

IFC, formerly known as the Independent Film Network, is available on streaming services like Netflix. It has generated positive reviews, from fans and celebrities alike. In a 2014 interview with Vulture, Jerry Seinfeld said, “I think that’s the best comedy on TV right now, and it’s easily one of the best comedies of all time.”

Portlandia has managed to continue airing new episodes for seven years, despite its somewhat small audience. Social media and streaming services have increased the show’s popularity, but the cast’s relationship has also played an important role. Armisen said, “We have such a close, great relationship. It’s the best thing in my life.”

Taking an SNL-style of approach, each episode features several different skits with recurring characters, a blended combination of sketch comedy and improvisation. Although two of the show’s lead characters are played by Armisen and Brownstein, there have been additional minor roles and guest stars like Andy Samberg and Zoë Kravitz.

Viewers over the years have consistently characterized the essence of the show with one simple word: weird. The show first gained popularity with the debut of the “Dream of the 90s” music video on YouTube in late 2010. The running slogan “Keep Portland Weird” has stayed with the show since its inception.

While it does take place in and satirize Portland, the creators have taken it upon themselves to generalize hipster culture while also incorporating current events and issues. Brownstein has said that she hopes ”that the show would appeal far beyond Portland’s city limits and that anyone anywhere could connect with its absurdity.”

The characters are vague enough to remind fans of people that they know in real life. Toni and Candance, for example, own a feminist bookstore throughout the series, and symbolize the embodiment of modern feminism. Such characters, like those of many other skits, come with a balance of satire and relatability.

It has been publicly said that the show is ending, but this could change at any time. When asked at the Television Critics Association winter press tour why the creators had decided to end the show, the answer to the question was left up in the air. Krisel responded with, “We’re not getting to a stage where we’re not bored with it. We still love it…it seems scary to say it’s over.”