What Happened at the White House? 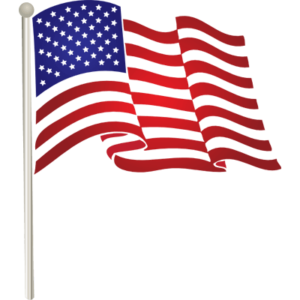 From NFL players choosing to kneel during the national anthem to certain championship sports teams getting their White House invitation rescinded, protests at sporting events have made headlines along with other national issues such as North Korea and its threats to obliterate the U.S., the devastating aftermath of Hurricane Maria and the toll it has taken on Puerto Rico, and the expected upcoming tax overhaul.

Many of the president’s critics believe his attention on these issues is based on his desire to divert the public’s attention from the more critical issues at hand so that he can handle them in his own preferred manner without as much scrutiny. Others say it is simply an effort to garner enthusiasm from his base of supporters.

Stephen Curry, a member and star player from the 2017 NBA Champion Golden State Warriors team, stated that even if invited to the White House he would not attend, as a sign of disapproval of the current administration in place.

In response to this, on Sept. 23, President Trump tweeted, “Going to the White House is considered a great honor for a championship team. Stephen Curry is hesitating, therefore invitation is withdrawn!” This was a tweet that not only drew to it the attention from the political world, but also the sports world for many reasons as well.

It is unclear if Trump had ever formally invited the team to the White House. Curry is not the only notable athlete who is unsatisfied with the president’s body of work since he has taken office. Fellow star athlete Lebron James responded to the president’s tweet with a tweet himself saying, “U bum @StephenCurry30 already said he ain’t going! So therefore ain’t no invite. Going to White House was a great honor until you showed up!”

Similar sentiments to the ones expressed by James have become a common theme around professional sports. Athletes are no longer seeing an invitation to the White House as being fulfilling and enriching as they did under past presidents who extended invites, both Democrat and Republican.

While President Trump has tried to make it clear that none of his criticisms against teams or athletes have anything to do with race, many of those who have publically protested him and the job he has done in office seem to have taken them that way.

The majority of athletes who have chosen to speak of the president critically and chosen to decline his White House invitations have been African American. Trump has recently bragged that the NHL Stanley Cup winners, the Pittsburgh Penguins, would be accepting his invite to the White House, but many were quick to point out the reality is that the Penguins, along with all other teams in the NHL, are made up of predominantly white athletes.