What’s the Deal With the NFL? 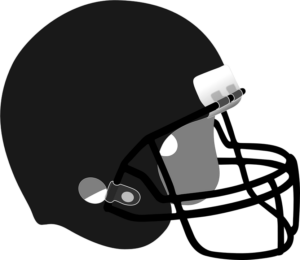 Every weekend, millions of NFL fans tune into their respective teams, excited for another day of fantastic football. The weekend of Sept. 24, however, was anything but “another day.” In response to President Trump’s comments about protesting and the players who participate, an overwhelming amount of players made a statement of disapproval.

This was not just a few nameless players making a stand either. Players such as Lesean McCoy, Malcolm Butler, Von Miller, and Mike Evans, all Pro-Bowl players, were seen kneeling.

Jared Getgano ‘20 said, “I understand why they are kneeling, but there’s definitely a different way to do it. My dad and my uncle both served, and I feel that the flag is a symbol that people sacrificed for.”

Every single team in the NFL chose to make some statement of solidarity against the president’s comments. The Tennessee Titans, Seattle Seahawks, and Pittsburgh Steelers all elected to remain in the locker room for the anthem.

Alejandro Villanueva, the left tackle for the Steelers and a former Army Ranger who served in Afghanistan, stood alone at the edge of the tunnel at attention for the Anthem. Incidentally, Villanueva’s jersey is now the highest selling jersey in the NFL. “What people do not understand is people who are taking a knee are not saying anything negative about the military. They’re not saying anything negative about the flag,” Villanueva said.”They’re just trying to protest the fact that there are some injustices in America. And for people that stand up for the national anthem, it doesn’t mean that they don’t believe in these racial injustices; they’re just trying to do the right thing.”

The New England Patriots had about 20 players kneel for the anthem, and Tom Brady stood with his hand on his heart, while locking arms with Tony Dorsett. Long-snapper Joe Cardona, currently on active duty in the U.S. Navy, stood at attention on the sideline during the anthem.

“American men and women have fought under our flag for over 240 years to ensure freedom for every American,” said Lieutenant Colonel Christopher Wingate, a professor of military sciences at Providence College. “That freedom absolutely includes the right to sit, kneel, or stand during the national anthem.”

He went on to explain that many veterans, military personnel and families, and other Americans view anthem protests as disrespectful to the sacrifices of our servicemen and women, many of whom laid down their life while fighting under the flag. “I wish that protesters would take that reality seriously and voluntarily find another forum to express their concerns and thus avoid the divisiveness of protesting during the anthem,” said Wingate. (This statement is his personal opinion and in no way represents the stance of the Army, or the Department of Defense, or Providence College).

Further notable protests included the Detroit Lions, whose owner Martha Ford and three daughters locked arms with players during the anthem. At the conclusion of the anthem, the singer, Rico Lavelle, knelt and raised a fist. Eight players kneeled for the Lions.

The Dallas Cowboys, including owner Jerry Jones, locked arms and took a brief knee before standing for the anthem. Jerry Jones in the past has been very vocal about his support for the flag and the anthem, saying, “We strongly, strongly support the flag. It’s almost ridiculous to be saying it — the people that for generations and generations have given it all up so we can get out here and show off in front of millions of people on television. We respect that so much.”

Many players post-game spoke out against Trump and his actions, speaking on both a personal and national level. Players went out of their way to state that they mean no disrespect to the military and their sacrifices, and that their protests were against racial inequality and the president.

Reactions from the fans, both in the crowd and on the couch, was understandably split. Many fans took to Twitter to either defend or attack these players, using the same divisive language on both sides. During the anthem, boos could be heard very clearly, and many fans were shown standing with their arms locked with the people next to them. Reactions on campus were just as strong as they were nationally.