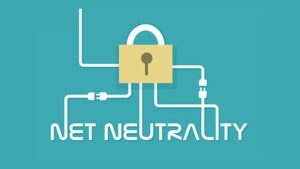 Back in June of this year, the Federal Communicatons Commission (FCC) officially repealed net neutrality laws.

Net neutrality is the principle that internet service providers should treat all data on the Internet equally and not discriminate or charge differently by user, content, website, platform, application, type of attached equipment, or method of communication. The repeal allows for internet providers to begin charging different rates for dissimilar websites or services.

This past weekend, the state of California passed a law overturning the FCC’s decision and reinstated net neutrality within California.

Moments after the bill was passed, the Department of Justice (DOJ) under Jeff Sessions filed a lawsuit against the state of California, claiming it was over-stepping its legal bounds.

Attorney General of California, Xavier Becerra, is quoted on Twitter saying, “While the #Trump Administration continues to ignore millions of Americans who voiced strong support for #netneutrality rules, #California will not allow a handful of power brokers to dictate sources for information or the speed at which websites load.”

The website arstechnica.com states, “The DOJ’s motion for a preliminary injunction claims that implementing the law would cause ‘irreparable harm’ to the United States.” The DOJ claims it is not realistic for Internet Service Providers (ISP) to comply with different net neutrality standards in different states, claiming that the California law would effectively govern the entire nation.

In the case against the FCC to overturn the repeal of net neutrality, Andrew Schwartzman, the attorney representing the Benton Foundation, a non-profit organization dedicated to ensuring the protection of the public in media and telecommunication, has  said, “The legal argument for preemption is fatally flawed: the FCC claims that is has no authority to regulate broadband Internet service. Courts have consistently held that when the federal government lacks authority to regulate, it cannot preempt states from regulating.”

The lawsuit of the DOJ against the State of California is currently pending at the U.S. Court of Appeals for the District of Columbia Circuit.