The Cowl Heads to Washington, D.C.: Making our Mark on “the First Rough Draft of History” 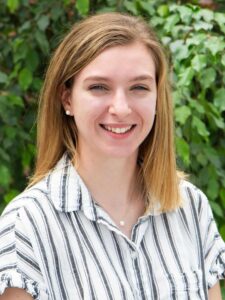 I fell in love with journalism my senior year of high school thanks to my journalism teacher, Evan Madin. I never wrote for our school’s paper, so this was the first time I stepped away from writing traditional English essays and learned how to write journalistic feature articles. It was also originally only a half-year class, but I convinced my principal to let me take it for the entire year because I loved the material so much.

One of the most memorable parts of the class was our trip to Washington, D.C. to visit the Newseum—a museum dedicated to promoting freedom of expression and the First Amendment of the United States Constitution.

Four years later, I am headed back to D.C. for journalistic reasons yet again. This time around, I, along with eight other editors, will be representing The Cowl at this year’s National College Media Convention and could not be more thrilled—even if that means missing Halloween.

I am excited to sit in on Marty Baron’s keynote and various other panels, learn from other editors and media professionals, and gain insights into how to make improvements to our own publication.

However, I am even more excited  just to be back in Washington, D.C. In a world of ‘Fake News’ and questionable people in power, real journalism matters now more than ever before. Thus, this year’s convention location is more relevant than ever.

The ability to take part in creating this rough draft is at the same time a privilege and a responsibility—and we are keeping this in mind as we head to the Convention this weekend.

Check out next week’s issue of The Cowl to see what the National College Media Convention was all about!