Capitalism has Devalued the Undergraduate Degree

Have you ever heard students at Providence College refer to their degree as simply a means by which they expect to make money? Are you one of those students? This idea is a common misunderstanding of what college education should mean to the American people, and can be linked to the capitalist state of the U.S.

In a recent Humanities Forum, Duff McDonald discussed his latest publication entitled The Golden Passport: Harvard Business School, the Limits of Capitalism, and the Moral Failure of the MBA Elite. In his discussion, McDonald revealed the disturbing truth that our society relates failure to a lack of financial success as opposed to a lack of moral prosperity.

Essentially, our capitalist society links success first and foremost to a high salary, and failure to low 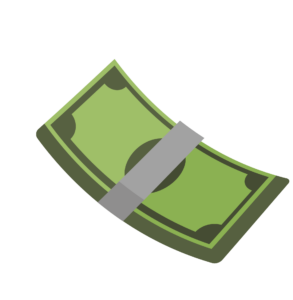 earnings; however, McDonald’s presentation pointed out that real failure has nothing to do with money, but rather with morality.

The nature of American capitalism is to blame for this situation, as it has diminished the value of education by conflating wealth with overall success. The spirit of capitalism is deeply embedded in our American culture, priming us from childhood to believe that hard work yields  financial prosperity, which fosters both a comfortable (perhaps even luxurious) lifestyle, as well as the respect of our peers.

In turn, the value of higher education has become a casualty of the association of large salaries with status and achievement. Many college students perceive their undergraduate education merely as a means to an end, likely a high paying job, rather than an end in and of itself.

According to CNBC, as American society now refers to the undergraduate degree as the “new high school diploma,”  the predominant perception of the purpose of higher education has degenerated from an opportunity for further enlightenment, investigation, and personal discovery to merely another credential necessary in achieving a lucrative occupation.

A study conducted at San Diego State University showed that 71 percent of millenials ranked “to be able to make more money” as the most significant reason they enrolled in college, above “to learn about something that interests me” or “to prepare myself for graduate or professional school.”

The results of this study endure amongst undergraduate students, as reflected in the profit-seeking motivations that inspired many Providence College students to enroll in college and pursue a degree in their chosen fields.

Quess-Symphonee Johnson ’21 said, “I work with incoming freshmen through two different pre-orientation programs and I have spoken with a number of students who admitted one of two things: they aren’t interested in their declared major, or they already have jobs lined up for them within their parents’ business so they are only enrolled in college for the piece of paper that is their degree.”

In a culture that so closely equates money-making with success, it is no wonder higher education can be perceived as onerous, especially given that most careers that pay a living wage, let alone high-paying professions, call for  at least an undergraduate degree. Not to mention that the unfortunate reality of skyrocketing tuition rates has only contributed to this devaluement of higher education.

According to CNBC, the average cost of one year at a public university for an in-state student is $20,090, and $34,220 for out-of-staters. The cost of private school, including tuition and fees, can be almost twice as high.

In contemporary American society, students entering the workforce must handle the increasing economic burden of college debt before they can begin to amass personal financial gains.

Consequently, the pressure of paying off student loans may deter students from pursuing an undergraduate major they are passionate about if the degree seems unlikely to result in a high-paying job.

Essentially, steep tuition rates, along with the association of immense wealth and overall human flourishing, have undermined the importance of education in its own right and, in many cases, sapped the joy of learning from the undergraduate experience altogether.

Americans have been inculcated with the illusory notion that even if you hate what you do for work every day, if your job pays a high salary, you will be both happy and respected in the world.

This sentiment is false for a myriad of reasons, one of which is evident in the declining mental health of college students—the very population pursuing degrees for the sake of “making more money.”

Logically, one could venture that these concerning statistics could be at least marginally reduced if more students found meaning and fulfillment in their education—a purpose greater than money.

Despite the innumerable ways in which the present American economic structure has devalued higher education, this issue is not irreparable.

If we can unify to invest in knowledge and education, we will reap the benefits of this investment—a better understanding of ourselves, each other, and the world around us, and in turn, a happier, more fulfilling life—something money simply cannot buy.

Photos courtesy of freepngimg.com and needpix.com