Letter to the Editor: Does Freedom of Expression Have a Place on Our Campus?

Letters to the Editor

Letter to the Editor: Does Freedom of Expression Have a Place on Our Campus? 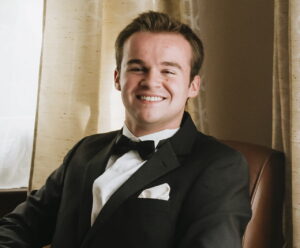 I found the Provost’s decision about the Humanities Forum with Dr. Spencer Klavan last Friday, in a word, disappointing. While Dr. Klavan’s topic was not controversial, as he spoke about the Iliad, his social media presence certainly is. Aside from being a classicist, Dr. Klavan is an internet provocateur who often tweets harshly and hatefully about issues of race, gender, and even the COVID-19 pandemic. Anyone who takes a few minutes to look through his Twitter can find plenty of remarks that do not align with the College’s Catholic and Dominican values. The College has barred many speakers and events for that reason before, but they did not employ that rationale in the case of Dr. Klavan. I am bothered that the administration seems to apply this standard only selectively.

I can respect the arguments Dr. Raymond Hain and Provost Sean Reid made in an email on Friday afternoon. They expressed fair concerns about academic freedom, censorship, and the irrelevance of Dr. Klavan’s inflammatory remarks to his topic at the Forum. To conclude, Provost Reid wrote, “As a College committed to free expression of diverse viewpoints, cancelling speakers who express beliefs with which we may disagree sets a dangerous precedent.” Fair enough. As an academic institution, we should bring in diverse and even controversial speakers. The exploration of different, even challenging, ideas is central to the growth of any college-aged individual.

But the College’s track record of censorship tells a much different story than Dr. Hain or Provost Reid presented. In practice, Providence College has not been committed to a “free expression of diverse viewpoints” at all. Proposed student events and speakers across the political spectrum—everything from the Vagina Monologues and PC Proud to Guy Benson and Ben Shapiro—have been rejected, cancelled, or obstructed because an aspect of that event or that speaker’s history allegedly did not align with the College’s mission.

Take, for instance, a recent proposal from the Board of Programmers. BOP attempted to bring in a group called “Speak About It” to present about sexual assault and the importance of consent. The group’s website lists Planned Parenthood as one of many resources in a guide about sexual health, however, and because of that, the Office of Mission and Ministry denied BOP’s proposal. Planned Parenthood had nothing to do with the topic at hand, but the mere affiliation apparently warranted a rejection.This is only one example of a long list of speakers and events, often from liberal or progressive groups, that the College has rejected not for the content of their presentation, but rather the character, history, or affiliations of the proposed speaker.

Given a rigorous standard like that, one might hope that the Office of Mission and Ministry would step up and say that a hateful speaker like Dr. Klavan has no place on our campus, no matter the content of his presentation. But they did not. They said nothing, and the Collegepermitted Dr. Klavan’s event to carry on. The Provost is new to our community, only taking up his post in July, so I do not fault him for his ignorance of our College’s history of selective censorship. But if he is truly committed to making PC a place that allows the “free expression of diverse viewpoints,” I strongly urge him to investigate how the College has historically ignored the value of free expression.

Our choice is simple. Either we can hold every speaker and every event to the high standard of aligning with Catholic and Dominican values and allow no one who challenges those ideals to speak on our campus, or we can truly commit ourselves to freedom of expression and the exploration of diverse views. The administration has repeatedly demonstrated they cannot do the former fairly or consistently. It is time to try the latter. We need to dismantle the College’s extensive, inconsistent system of censorship. We must give student groups the freedom they deserve to celebrate diverse voices, explore challenging ideas, encourage important debates, and pursue Veritas in every aspect of their lives. Only then could we say in earnest that Providence College is “committed to free expression of diverse viewpoints.”

I look forward to working with the President, the Provost, other members of administration, and the student body at large to make this possible.

Letters to the Editor

Letter to the Editor

Letter to the Editor in Response to “The Pursuit of the … Half Truth?”

PC for Life Isn’t What You Think: Opening Space for the Abortion Conversation