Women’s Week at PC: Reflecting on Women’s History at the College 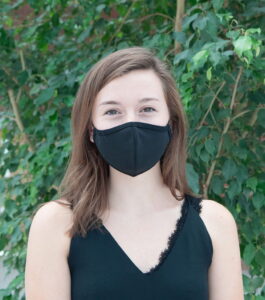 Women’s Week at PC: Reflecting on Women’s History at the College

When Providence College first opened its doors in 1917, it would be another 54 years before women would finally walk through them as enrolled students.

In the 50 years since 1971, when the first class of women began their PC careers, much has changed. Today, at a 54:46 ratio, there are more female students at PC than male, and they contribute to our campus community in important ways—from the perspectives they provide in the classroom, to their athletic achievements, to their leadership of clubs and organizations.

Last year, four of the largest clubs on campus—Campus Ministry, Board of Programmers, Student Congress, and the Board of Multicultural Student Affairs—were all led by female presidents. Representation has improved outside of the student body, as well. This year, for example, Ann Manchester-Molak ’75 (a member of the College’s first four-year graduating class to include women) became the first woman to serve as PC’s executive vice president, the second-highest administrative position at the College.

Forward strides in recent years, however, do not mean that our work is done. When it comes to issues like sexual assault and women’s representation, whether on faculty, in administration, or amongst student body leaders, there continues to be room for improvement on our campus, as on campuses across the country. Covered in both News and Opinion in this issue of The Cowl, PC’s celebration of Women’s Week—with events hosted and co-sponsored by groups from across campus—presents an important opportunity for us to learn about women’s issues and to chart a plan for further improvement.

At the same time, this week’s events should also serve as a testament to just how far the College has come in its 100-year history—and to the strength and character of the many women here at PC who led that change.

In a Cowl article on initial reactions to co-education at the College from Sept. 15, 1971, one female student responded, “I thought I might be made to feel like a showpiece but this hasn’t happened. I wanted to be accepted as a fellow classmate, not as someone special only because I am a girl.”

So, as we continue the work to make PC a more accepting, equal, and inclusive place, we should reflect on the strides made thus far, and celebrate the contributions of countless female Friars who, even by quietly striving for acceptance, bravely carved out a place for women on campus and paved the way for future generations in the process.