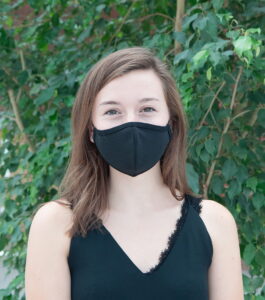 “The arc of the moral universe is long, but it bends toward justice,” said Rev. Dr. Martin Luther King, Jr. in a speech at the National Cathedral on March 31, 1968.

This past Tuesday, we inched a little closer toward justice.

That’s because on Tuesday, April 20, Derek Chauvin, responsible for the death of George Floyd, was convicted of second-degree murder, third-degree murder, and second-degree manslaughter. The decision arrived just shy of 11 months after May 25, 2020, the day that Chauvin held his knee on George Floyd’s neck for nine minutes and 29 seconds, even as Floyd uttered “I can’t breathe” and begged for his life.

Those nine, horrifying minutes ignited a civil rights movement that played out across the nation—in city streets, the halls of Congress, and corporate boardrooms.

Floyd’s death was, for many white Americans in particular, the wake up call that we never should have needed. It was the product of hundreds of years of oppression and a pattern of violence by police against Black Americans—both of which the Black community has decried and protested for generations, too often met with little or no response.

The chances of a killing by the police leading to a murder conviction in the United States is one in 2,000. And so Chauvin’s conviction brought relief and even some solace. But it must also serve as a reminder of the work that still needs to be done.

“True justice is about much more than a single verdict in a single trial,” wrote former President Barack Obama in a statement released alongside his wife, former First Lady Michelle Obama, on Tuesday.

Here at Providence College, on a predominantly white campus facing its own issues with diversity, inclusion, and discrimination, we in particular have to remember that a single verdict cannot amount to the total change needed. Systemic, sustainable change requires all of us—and it requires all of us to show up everyday, ready to challenge and change our assumptions and our actions, in support of the BIPOC members of our own campus community and the wider community.