While most of us spent Christmas break catching up on sleep and spending time with family and friends, the Providence College Men’s Hockey Team had quite a busy month. The Friars participated in two different tournaments, the 2019 Catamount Cup and the 2020 Fortress Invitational.

Just a few days after Christmas, the Friars laced up against the Lakers from Lake Superior State University to kick off the Catamount Cup. Ranked at No. 13/15, PC set the tone for the game from the start, outshooting the Lakers 9-7 in the first 20 minutes. Co-captain Spenser Young ’20 tallied his first goal of the season, finishing a pass from Jamie Engelbert ’23. The majority of the second period was spent in the Friar’s offensive zone, testing Lake Superior State’s defense. The score remained 1-0 at the end of the second despite both Jack Dugan’s ’22 and Patrick Moynihan’s ’23 prime opportunities. The Lakers were able to capitalize on their power play at 6:25 in the third period, keeping both teams on the ice a little bit longer for overtime. Greg Printz ’21 ended the game with a rebound goal, finalizing the first win of the break for the Friars as well as Coach Leaman’s 186th team win as head coach.

The Friars brought a similar energy to their next matchup. In their second game of the tournament against Union College, Tyce Thompson ’22 scored the first goal for PC. On a power play in the first period, Thompson netted his NCAA-leading 14th goal of the season. PC more than doubled the amount of Union’s shots on net, but could only put one goal in before the end of the first period. The Friars let Union finish a rebound with 5:11 left in regulation, ending the game in a tie.

The Friars were off to their next tournament, the Fortress Invitational, a week later, this time just a little bit further away. PC played Army West Point in Las Vegas, NV at the T-Mobile Arena on Jan. 3. The bigger the venue, the better the Friars played, securing the 3-1 win. Dugan found the back of the net first, quick to follow was Luke Johnson ’23 and Matt Koopman ’22. The Friars remain unbeaten now in their past four games, scoring first in every match-up.

Young discussed the team’s positive experience in Las Vegas, saying, “It’s cool to do trips like these. It gives the team a regional type feel and allows us to play against competitive teams.” The Fortress Invitational hosted 4 out of the top 20 teams. “Since we have such a young team, it is good to get an idea of how we need to prepare for the future.”

The Friars advanced to the championship game against Cornell University after their win against Army West Point. In yet another intense game, PC came out strong, scoring the first goal about 6:35 into the first period. Thompson scored, bringing his impressive goal count to 15. The game went back and forth, until the third period ended in a stalemate. Although the teams played more hockey in overtime, the game was eventually resolved in a shootout. Michael Lackey ’20GS protected the Friars’ net while Dugan scored the winning goal, a fitting performance from the Vegas Golden Knights draft pick.

“We knew Cornell and Army were both skilled but hard working gritty teams so it took a complete team effort to come out of the tournament with the trophy,” Young reflects on the team’s win over break. “We stuck to our game plan and our best players stepped up and scored some big goals.”

Although the Friars had a busy month, their winning momentum has already helped them beat the American International College Yellow Jackets on Jan. 9, as well as fellow Hockey East opponent the University of Connecticut on Jan. 11. Young is looking forward to the rest of the season, especially the upcoming games against the University of New Hampshire from his home state. With more Hockey East teams to face, the competition does not get easier. However, the Friars are in a good position to take on the second half of their season as they continue to move up in the NCAA rankings all while looking to build upon their seven-game win-streak. 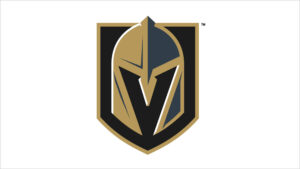 In their first season in the league, the Golden Knights will complete what is already one of the most shocking and historic seasons in the history of sports by kissing the Stanley Cup and become this year’s Stanley Cup Champions.

Expansion teams have historically begun their season on a weak note throughout the history of professional sports, across every sport. For maybe the first time ever, the world is experiencing an expansion team that has a chance to win a championship and it is exciting. This season is exactly what sports fans and the NHL dreamed about when the team was first announced.

After a strong regular season, which finished with a number one seed in the playoffs, it is not too hot of a take to pick the Golden Knights to win the Cup. Their only real competition in the Western Conference is the Nashville Predators, who went to the finals last year and finished with the most points in the West.

However, the Predators have seemed to be weaker so far in the playoffs, having lost a game to the Avalanche while the Golden Knights have completed the sweep against the Kings in the first round. The momentum is on the side of the Golden Knights and the skill level of these teams is close to even.

There is a side to sports that is often overlooked, and a strong emotional aspect to sports that is sometimes forgotten. Some of the best seasons in recent sports history have happened after an influential and, unfortunately, usually tragic event.

Last year was a tragic year in Las Vegas, after the Mandalay Bay shooting caused the death of over 50 people. But, as it has commonly done in the past, tragedy tends to bring people together more than divide them, and the Golden Knights have been spurred on by the togetherness that the tragedy created.

Awful things have happened, but the Golden Knights have done their best to go out and represent the people of their city in the best that they can and by winning the Cup, they can bring something worth celebrating to Vegas.

They started their season with virtually nothing–no stats, no previous wins or losses, and no idea how a team consisting of offered up players would play together.

None of that, however, stops the Las Vegas Golden Knights from defying any preconceived notions that their inaugural season would be just an experiment. For who could have predicted that the team would become the only team to ever win seven of their first eight games of the season.

After years of talk, the National Hockey League (NHL) officially declared that an expansion team would be formed in Las Vegas.

Over the summer, all of the teams in the NHL submitted a list of players to be offered up in the expansion draft that would take place. Thanks to certain rules that restricted the draft and regulated the amount of players that each already established team could protect, the Knights’ draft selections offered a glimpse of the success that they would achieve to the rest of the league.

Picking up big-name veterans such as Pittsburgh Penguins goalie Marc-Andre Fleury, Nashville Predators forward James Neal, and St. Louis Blues forward David Perron, the Knights were able to produce a roster filled with depth in each position, with solid players making up the offensive and defensive lines.

The individual success of the players on the team clearly have meshed well together, as they rest one point behind the Los Angeles Kings, who are in first place in the Pacific Division.

However, the team has not been without struggles, which makes their success all the more impressive. While Fleury appeared to have gotten his mojo back from some questionable appearances in games for the Penguins, he was just recently placed on the Knights’ injured reserve list due to a concussion.

The Knights fell back on Malcolm Subban, brother of NHL superstar PK Subban and formerly known as the back-up to the back-up goalie for the Boston Bruins who spent most of his time in Providence.  Given up by the Bruins in the expansion draft, Subban dominated in his Vegas debut against his former team where he only let in one goal in the Knights’ 3-1 win.

Subban is also in fourth place out of the entire NHL in save percentage, with a .936 score, falling behind multiple cup-winning players Corey Crawford (.937, Chicago Blackhawks) and Jonathan Quick (.938, LA Kings).

The forwards are doing their part in the team’s success as well. Neal, a Stanley Cup Finals veteran, sits comfortably in the NHL’s Top 20 lead ing goal scorers, having as many as six goals, the same as Bruins’ players David Pastrnak and Brad Marchand.

Luck may be on their side, but after the horrible events that took place in Las Vegas earlier this month, the success of the Vegas Knights is exactly what the city of Las Vegas needs.

They are a team to look out for, and definitely a team that many are rooting for. Though injuries may lead to their downfall (Subban just suffered a career halting injury as well), they are certainly not a team that should be underestimated.