While the status of the actual NBA All-Star Game hangs in the balance due to the COVID-19 pandemic, the selection process must still go on. Five starters are chosen from each conference: two guards and three frontcourt players. From the East, the guards should be Bradley Beal and Jaylen Brown. Meanwhile, the frontcourt should feature Joel Embiid, Giannis Antetokounmpo, and Kevin Durant.

Even though Beal is the only player on this list who currently does not reside on a playoff team, his selection should be without question. Beal currently leads the NBA in scoring with a stunning 33.3 points per game. In his first 17 games, Beal scored at least 25 points in each one, passing Michael Jordan to set a new NBA record.

Brown, on the other hand, may be a more controversial selection, as some might prefer to choose either of the Brooklyn Nets star guards, Kyrie Irving or James Harden. While either would be a fair pick, Brown’s sensational season for the Boston Celtics is hard to ignore. The high-flying guard is currently averaging 26.4 points, an over six-point increase from last year. He has also mastered the mid-range shot, averaging an impressive 56.8 percent on mid-range jumpers.

Moving to the frontcourt, one must select Embiid. The dominant center is putting up MVP numbers, averaging 29.1 points and 10.8 rebounds to start the season. He has also propelled the Philadelphia 76ers to the top of the Eastern Conference standings.

Right behind the 76ers is the Milwaukee Bucks, led by the astounding Antetokounmpo. The Greek Freak is putting up his usual impressive numbers, averaging 27.3 points and 11.2 rebounds. Although it took a little while for Antetokounmpo to adjust to the Bucks’ new offense, he has found his stride in recent weeks. A recent showing against the Indiana Pacers saw him notch his third triple-double on the season in the Bucks’ 20-point victory.

Finally, the last spot in the East’s starting lineup should go to Durant. Although Durant’s numbers are tremendous as usual, this was a difficult selection to make considering the season that Celtics’ star Jayson Tatum is having. In the end, it comes down to the numbers, as Durant holds about a two-point advantage in the points column while averaging about an assist more per game. Much should also be said about Durant’s remarkable return, as the star has picked up right where he left off despite missing all of last season due to a torn Achilles.

In a pandemic-ridden season, all five of the selected players have stood out as incredible performers. Beyond their potential selections to the All-Star team, each will continue to jockey with one another in a riveting battle for victory in the East. 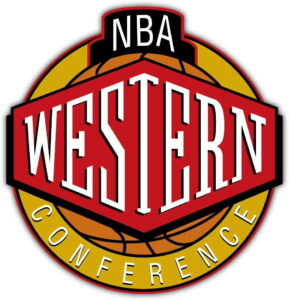 Over in the West, the selections are a little easier thanks to some remarkable numbers being put up by the Conference’s best. Indeed, in the West, the guards should be Stephen Curry and Damian Lillard. The towering trio in the frontcourt should be none other than Nikola Jokic, Lebron James, and Kawhi Leonard.

Curry came into the season trying to navigate a new-look Golden State Warriors roster that was thrown into turmoil after his superstar backcourt mate Klay Thompson tore his Achilles shortly before the start of the season. While the pieces around him have often struggled, Curry has thrown the team on his back. The prolific scorer has done what he does best: score. Curry is currently averaging 29.5 points per game, due in part to his impressive numbers from behind the three-point and free-throw lines. He also leads the league in total points with 709.

Curry’s proposed backcourt partner in the West, Lillard, has faced eerily similar circumstances. He, too, is currently operating without his star shooting guard, CJ McCollum, who fractured his left foot in January. And again, like Curry, Lillard has dragged the hobbled Portland Trail Blazers to the current six-seed in the West. He is putting up 29.1 points per game to go along with an impressive 7.3 assists per outing.

As for the frontcourt, it is impossible not to start with Denver Nuggets star center, Nikola Jokic. The Serbian superstar is the likely frontrunner for MVP, averaging a near triple-double with 27.5 points, 11.5 rebounds, and 8.5 assists. He has had no shortage of remarkable outings. On Feb. 6, Jokic put up a casual 50 points, 12 assists, and eight rebounds in a loss to the Sacramento Kings. The next highest scorer on the Nuggets had 14.

The Los Angeles Lakers’ Lebron James, of course, is an inevitable selection. He holds the record for most consecutive games played with 16 All-Star appearances in a row, all 16 of them being starts. However, James is not simply making the team due to past performance. In his 18th season, the potential greatest player of all time is putting up 25.6 points per game, in addition to averaging eight rebounds and eight assists.

Finally, the last spot in the starting five goes to Kawhi Leonard. Perhaps the best two-way player in the league, Leonard has kept the Los Angeles Clippers near the top of the standings in the West, even as the team around him has battled injuries. He is averaging 26 points per game while also adding 1.8 steals per contest.

As in the East, each of these players will see much of one another in the future as they represent their teams in both the All-Star Game and in the NBA Western Conference playoffs.

What Were You Guys Even Working On?

To Eat or Not to Eat? The Choice May Not Be Yours

Hungry at Home: How to Use Your PC Cash