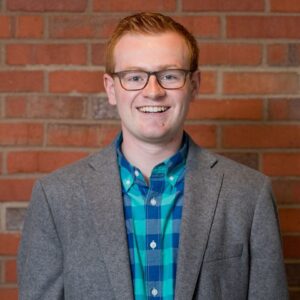 From overseeing fundraisers, to meeting with event committees made up of their peers in order to formulate ideas for student functions, class presidents often find themselves faced with a wide array of responsibilities.

As president of the class of 2021, Windham, New Hampshire native Korey Lord ’21 is no stranger to sitting in the hot seat.

Despite the daunting illustration of work behind the political scene at Providence College, Lord was not dissuaded from running for office.

“I realized that many students, myself included, were unaware of what Student Congress really did here at PC, who our leaders actually were,” Lord recalled. “I wanted to change the culture of congress by stepping into an active role and creating a friendly environment between students and their representatives.”

Lord explained that, despite their different paths to congress, every representative shares a common desire to be the voice of their classmates and they all care for their peers. “Each member shares a different story and it motivates me to think that what we’re doing is special,” Lord added.

In keeping with the unique identities represented throughout Congress, Lord prides himself in his unique genetic makeup.

Lord not only boasts having red hair and blue eyes, but is also a leftie, which makes him  part of a 1.7 percent segment of the world’s population with these three qualities. “I did a lot of research for fun facts in the weeks leading up to freshman orientation,” Lord admitted.

He was able to turn the tables this past summer and  act as an Orientation Leader for the incoming freshman class and ask his group members to share their own fun facts to the group.

In addition to juggling the many duties that come with being class president, Lord also hopes to add a political science major to his current accounting major.

Following life in Friartown, he hopes to relocate to the D.C. area and enter the political arena there.

He explained, “I want to continue to see myself helping out others like I’m doing here. I’m not in it for the money, just for the opportunity to give back to the community.”

For now, however, Lord is content with being the friendly face of Student Congress and an ambassador for the class of 2021.

“I’ve been able to make 100 new friends through my involvement and find an outlet to share my compassion for my classmates,” he remarked.

“I definitely recommend congress to anyone who wants to be a voice for their peers and meet students who share this passion.”

Lord is looking forward to enjoying his next several years at PC.

Listomania: Things I Forgot At Home After Break